Deploying an Optimized Image of your ASP.NET Core MVC Web App in Docker

In one of the posts I authored in the blog, I have shown you how to deploy an ASP.NET Core Web application in a Docker container, but the approach in the post has got a significant disadvantage. In that approach we always copied the entire contents of the directory which included all the static files, source code files etc, then restores all the packages inside the container and builds the application before it’s hosted in the container. This increases the boot up time of the container as well as the file size of the container.

In this post, I will show you how to publish a web application into the container rather than copying all the files into container and then build the application inside that. I am going to create an .NET Core MVC web application using the dotnet new command, you can read more about that my post here.

Publishes the output of the project to the publish folder using the Release configuration. Before running the command make sure that node, bower and gulp is installed in your machine otherwise the publish command will fail 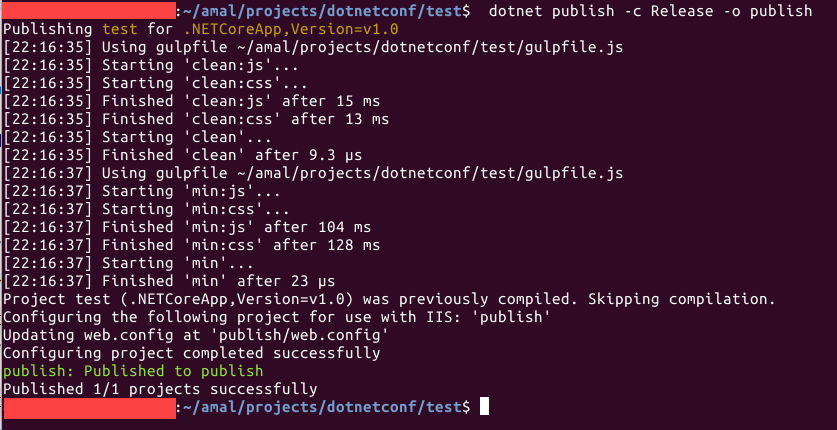 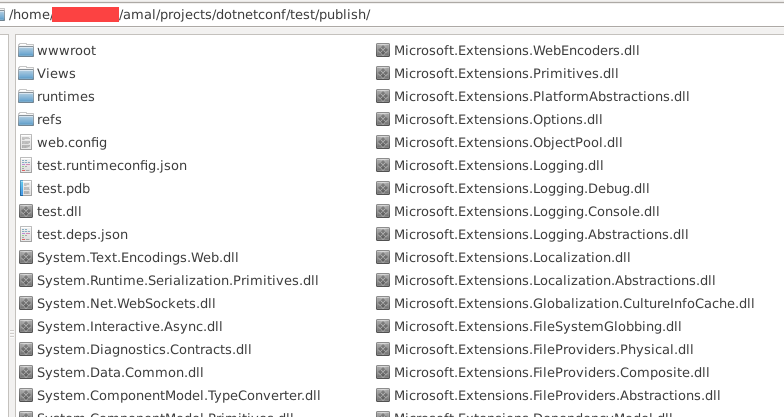 Step 4 : Running the application from the publish folder

Let’s run this application in the local machine using the output generated in the published folder.

By default, in .NET Core, the web application by default runs in port #5000 and you can verify it by running the following url in the browser. 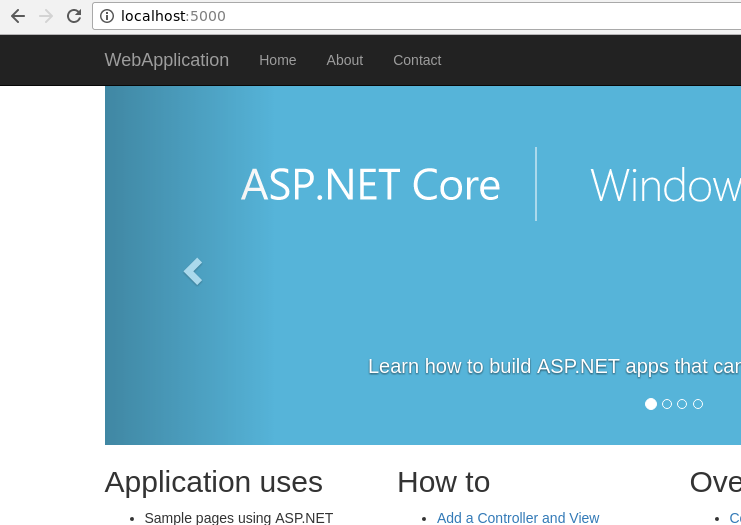 A Dockerfile contains a set of instructions that tells what to do when a docker build command is executed. For details about the commands used in the file, please refer the Docker documentation here.

Creates a docker image with the name specified in the –t switch. It is advised to follow the convention <your docker username>/<image name> while giving a name for the container. The period(.) in the command tells docker to search for a file named Dockerfile in the current directory. 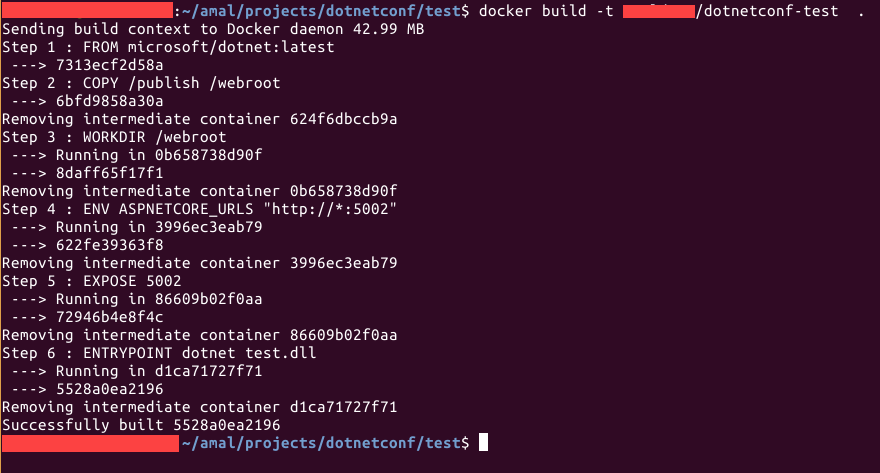 If you check the size of the images now, you will note that the image created using the steps mentioned above is somewhat 80 MB lesser in size.